I love my phone, and the other day I was waiting in line for coffee and dropped it face down onto the hard floor. I used to have a getuncommon.com case on it, I’ve dropped it on the sidewalk and driveway countless times and never gotten a scratch on it. Well I recently switched it to one of those neat cases that lets you put a credit card in the back. I switched because my get uncommon case finally broke (after countless abuse) and I was looking forward to the ID/CC holder on the back of the other one. It was a huge mistake because I know if I had the get uncommon.com one still on there it would not have broken, lesson learned!

The point of bringing this up is that after I had the phone screen fixed and got home I quickly realized the focus feature on the camera doesn’t work anymore. I won’t be able to get the phone back to be looked at again for at least a week. Sad timing as we went to Maryland Sheep & Wool and I didn’t realize it was broken until we had been driving for about an hour, and I had not brought my good camera because I thought “eh, I’ll just shoot with my phone”.

This means the photos in this post are a little blurry if anything is close up! 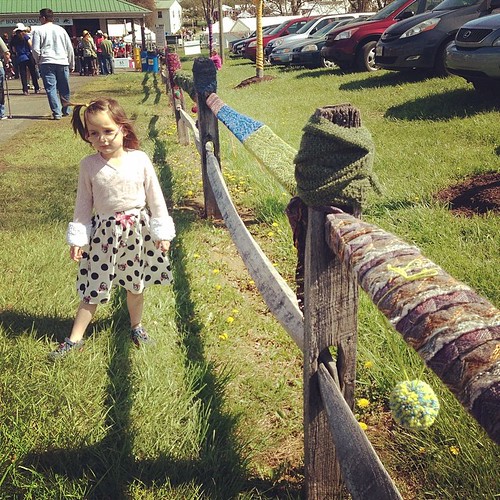 This is the entrance to the festival, with lots of fun yarn bombings, LG wanted to pick up and fix any pom pons that fell off, so we did!

It’s not MDS&W unless you see sheep! 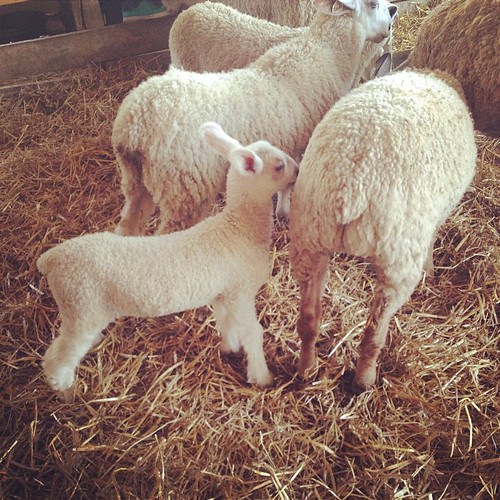 I bought just a few things, a little of each. Yarn, roving a spindle and a pair of needles.

A really beautiful skien of Bugga. 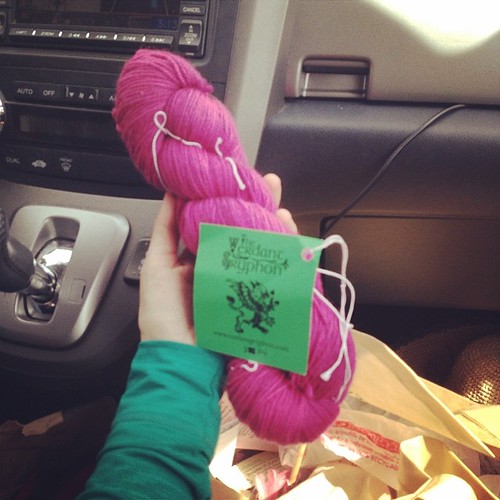 An amazing Bosworth Zebra Wood .8 spindle, with some lovely silk and merino roving from Jennie the Potter. 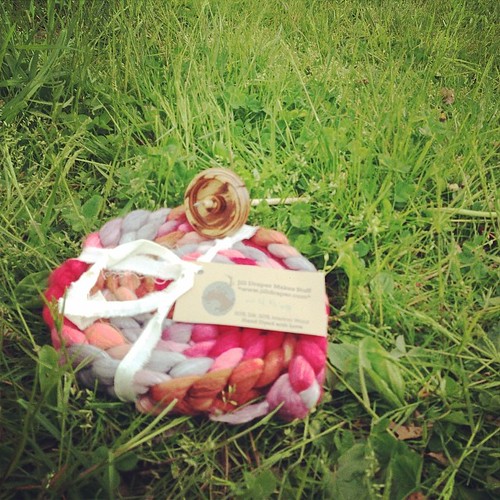 I’ve made it an annual tradition to buy from two particular vendors at MDS&W each year. The first being Signature Needle Arts. I adore their needles. Its like knitting with butter. Any yarn feels like a dream on them. I especially love their circulars and this year they had something new! A sort of “convertible” system. You buy a set of needles and then pick your length for the circular but you can actually switch out to any length, so you don’t have to invest in a whole new needle set to get a new length! Very cool. So I picked a size 3 with a 20″ to make some wee baby things.

The second is Bijou Basin Bliss. One of my absolute favorite “camping” yarns. A hat knit from this yarn is literally the perfect camp hat. It keeps your head warm on chilly mornings, but is light enough not to make you feel stuffy or hot. It comes in a many lovely jewel tones that I adore. It’s not super wash, but that is why it works so well. Its a lovely combination of Yak and Cormo. 1 skien will make a nice beanie. 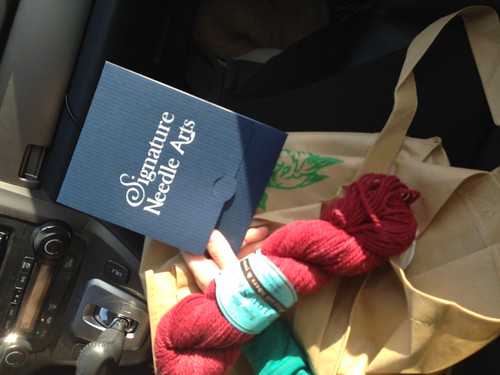 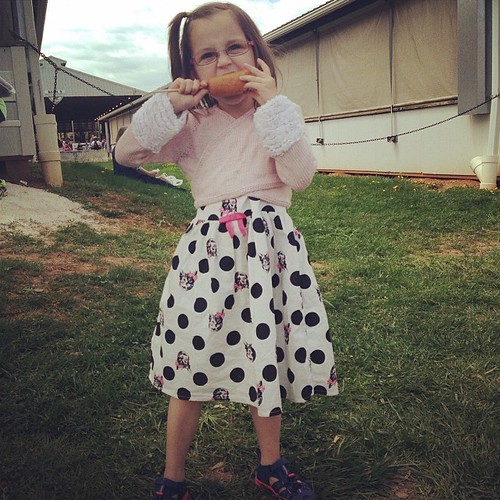 Here LG is wearing the Satya Ballet wrap from Just Like Me Knits! It fits her now, 2 years after it was knit for the cover of the book!